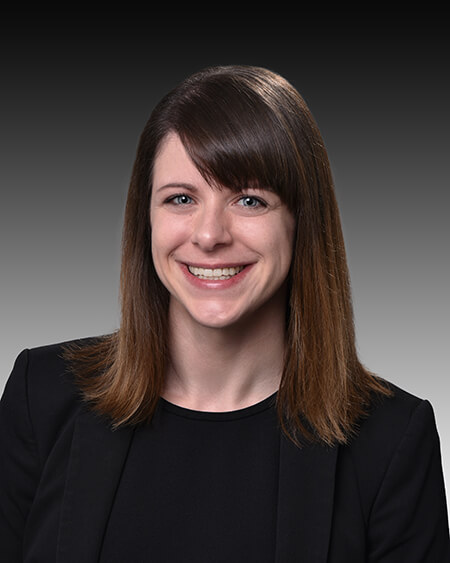 Jade Baldwin practices in the areas of criminal defense and habeas corpus law. We are excited to be welcoming her to the firm’s growing elder law practice. She is admitted to the practice of law in the State of Connecticut.

Jade joined the firm in June 2021. Before joining the firm, she worked as a civil litigation attorney at a personal injury law firm. Prior to that, she worked as a criminal defense and habeas corpus law attorney at a boutique law firm. During law school, she served as the Assistant Managing Editor of the Connecticut Journal of International Law, worked as an intern at the Connecticut Institute for Refugees and Immigrants (formerly the International Institute of Connecticut), and litigated two immigration cases as a student legal representative for the University of Connecticut School of Law Asylum and Human Rights Clinic. She was awarded a full tuition scholarship as a University of Connecticut Scholar and Dean’s Scholar, and she was the recipient of three CALI Excellence Awards for her coursework.